We are pleased to announce the community panelists taking part in

Saturday’s Conference themed “Who are the Gentrified” is anchored on the real life testomonies of three Rochester community members negatively impaced by gentrification and City devlopment. They will share their stories, how gentrification has impacted them, and provide insight on how they see future development efforts that do not displace our cities most vulnerable. Below is a brief synopsis of each. Register for the Fall conference to see and hear them LIVE. 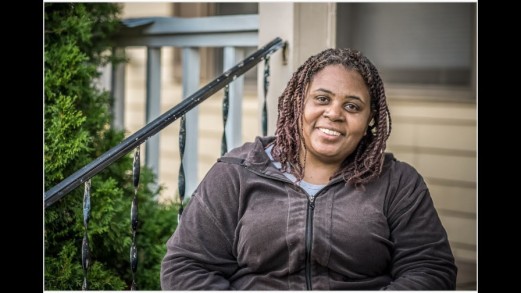 In 2001, Liz McGriff bought 618 Cedarwood Terrace for $53,000. Her mortgage was sold and resold, as was common during an era when banks were purchasing distressed mortgages as investments, hoping to turn a profit when they foreclosed on the properties and sold them, or collected insurance for them. Liz McGriff, then fell behind on mortgage payments after losing her job in 2008, tried to catch up on payments and renegotiate the terms, but got nowhere. With a new job she had a willingness and ability to pay, but the bank foreclosed on her home. To buy it outright, she needed to pay more than $100,000 in cash.  Then on a summer day in 2017 Liz received an eviction notice. Liz along with many community supporters took a stand against Midfirst Bank’s unlawful eviction and launched a fight against it and a financial system that condones predatory lending practices and unlawfully evicts homeowners that fall on hard times.

From Somalia to Kenya to the refugee camp to the United States Mohamed and his family move to Rochester from Somalia when he was 13 years old where they started their life from zero. The family initially settled in the Plex Neighborhood and eventually found their way to the then known Gateway Park apartments in 1997. This neighborhood and complex became known for housing Rochester’s growing refugee community and over time the residents created a culture and community of their own; supporting and looking out for one another. Within a few short years the developers and their representatives or legalised gangsters” as Mohamed calls them began their campaign and promises of moving the residents to a better neighborhood and a better life in paradise. Then in 2006 the aggressive relocation plans began. Residents were promised free section 8 for life, cash settlements, and other incentives to sign their apartments away one by one. They had little say, were given little reason why relocation was needed, and wondered why they couldn’t have their apartments renovated and then move back into neighborhood they had all called home.

Born and raised in Bronx, NY Jody Francis has lived in many places around the country throughout his adult life. Life and circumstances brought him to Rochester in 2013 Jody eventually found a rental in the Meigs neighborhood where he has resided as a no problem rent paying tenant until he found an eviction notice on his door this past August. Management had sold the building to a 34 year old local developer that wanted all tenants; some who had been in the building for 19 + years gone in 30 days. Says Jody ” when it rains it pours but poor people like us have to advocate for ourselves.” A phone call to Mary Lupien (who he had met during his time on Parsells) led to a meeting with Ryan Acuff, President of the Rochester Tenant Union.

‘Fall 2018 Gentrification Conference // Who Are the Gentrified?

This site uses Akismet to reduce spam. Learn how your comment data is processed.